Mark McCabe is an Australian author with an interest in historical fiction, fantasy, editing and publishing. 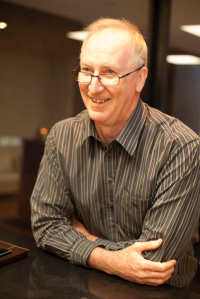 Self-Publishing: A Step-by-Step Guide, which was released in 2019, was Mark’s first non-fiction publication.

Mark was born in Brisbane, Australia. He lived for a number of years in Sydney and then moved to Canberra, the Australian capital city. Upon retiring, Mark and his family moved to New Zealand and took up residence near Dunedin. He recently moved back to Australia.

Mark holds a Bachelor of Arts majoring in Classics, Latin and English from the Australian National University. He now runs an editing business, Serotine Editing and Publishing Services, providing editing, manuscript assessment, formatting, layout, and other services, with an emphasis on supporting indie authors. Mark holds a Diploma in Proofreading and Editing from the NZ Institute of Business Studies.

In his spare time, Mark is an amateur photographer and a keen student of the classics, with a focus on the Roman Empire.

Mark is a member of: