Mark’s high fantasy series, Chronicles of the Ilaroi, tells the story of Sara, a young human girl who is abducted by dark elves and magically transported to Ilythia, a strange world where she quickly becomes embroiled in a deadly conflict between powerful wizards.

The two books in the series, As Fire is to Gold and When All the Leaves Have Fallen, tell the compelling story of Sara’s attempts to find her way home and avert what seems a certain fate.

As Fire is to Gold: The Complete Chronicles of the Ilaroi brings Books One and Two together into one volume.

This gripping story of courage in the face of adversity sets the scene for an epic tale which will see the world Sara has found herself in taken to the very brink of utter destruction.  Can it pull back from the abyss that threatens to consume it or will it slide down into ruin?  Can Sara survive and find her way home?

Click here to view maps of the world in which these novels are set.

WHERE TO BUY the Chronicles of the Ilaroi.

Mark has foreshadowed a sequel to the Chronicles of the Ilaroi.  The Heart of the Night Saga will take up the story some twenty years after the conclusion of When All the Leaves Have Fallen.

The Heart of the Night Saga is expected to comprise three books: 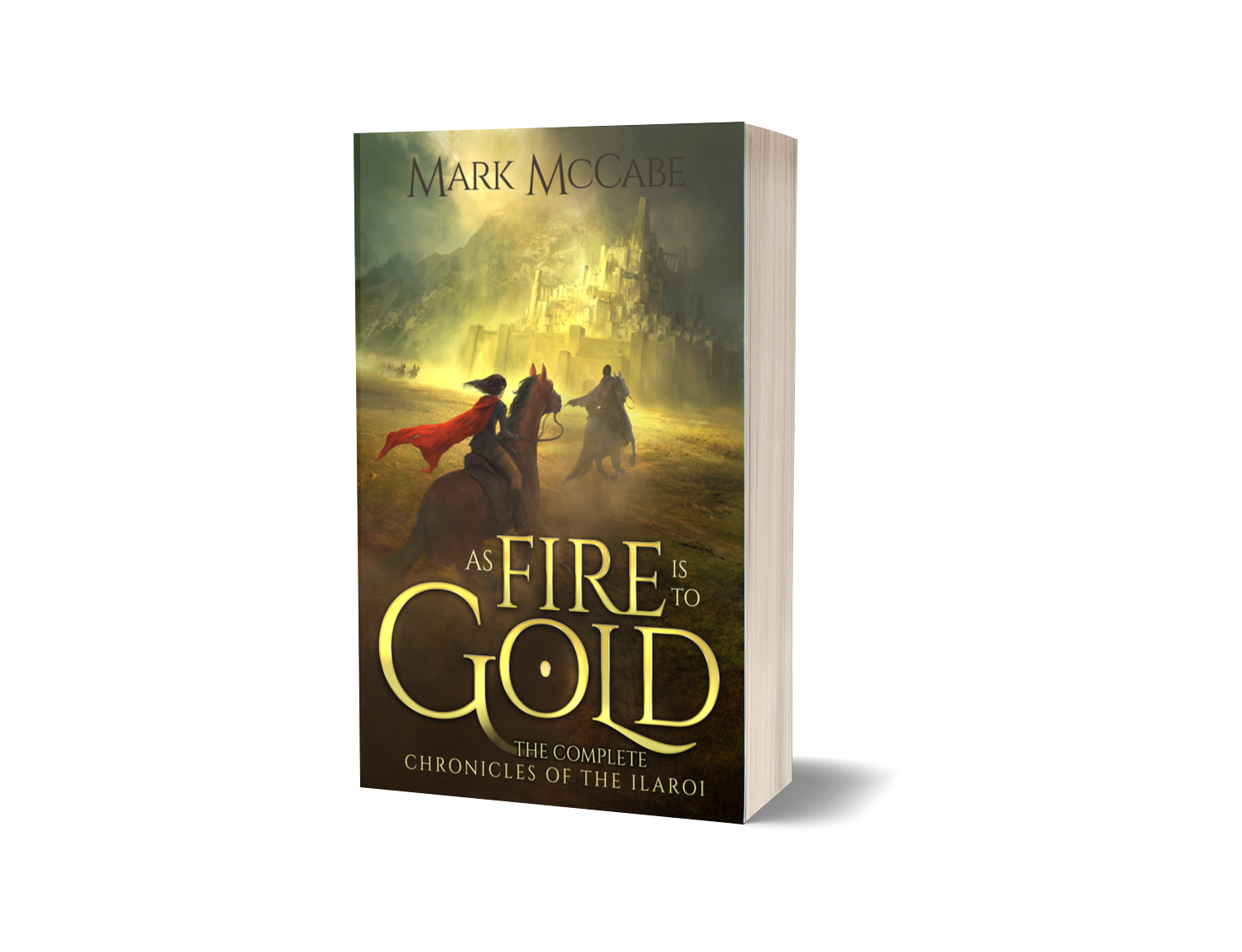